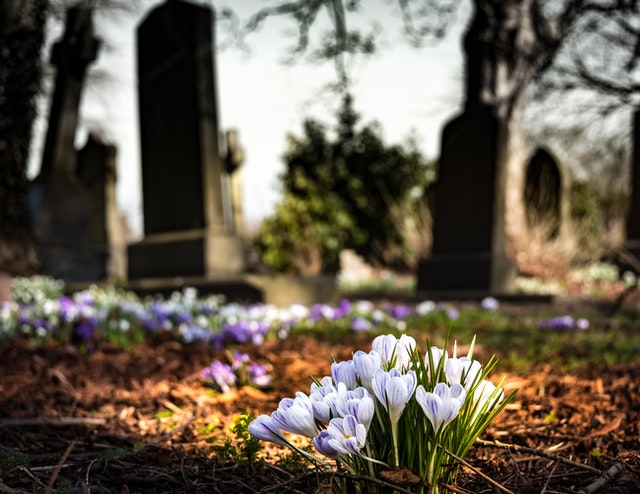 Good views of the church can be seen from the village, the church itself being on one of the highest points. The churchyard is circular which usually indicates a very ancient site. Of particular interest are the large yew trees and the classical iron tomb of Hamlet Harrison dated 1843 located near the eastern gateway. He and other members of his family were incumbents for most of the 19th century.
The churchyard was enlarged in 1856, in which year burials within the church were prohibited; however, by 1875 this was proving inadequate and a proposal was made to convert Lea Cross School into a cemetery chapel (which was not approved).

In 1989 The Shropshire Family History Society, recorded St George’s memorials, graves and headstone inscriptions as far as was possible, and we have a document in PDF format which can be searched. We cannot guarantee complete accuracy in view of the varying state of the memorials, but we hope that the information will be used with that knowledge. About 100 or so headstones were relocated to the south boundary of the churchyard and laid flat. They, and all the remaining graves are listed and shown in plan. All graves from about 1900 will be found in the church cemetery and are listed in the same document.