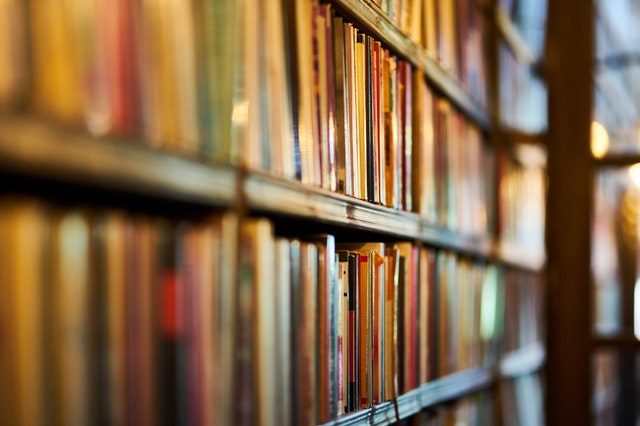 The Church is first named in 1254 and Reynald (Reginald), parson of Pontesbury, is the first known incumbent in the early 13th century. The original Church may have been dedicated to St. Bartholomew.

A Collegiate Church of St. George, Pontesbury was built around 1250 on the site of the old Saxon Minster, and from it a College of Priests served the very large area of Pontesbury Parish.
Until the early 20th century, the parish of Pontesbury was divided into three Portions, Rectories, or Prebends, each with its own Rector.
The image is the pre 1825 Church by D Parkes (1824)

The Rector of the First, or David (named after David son of Reginald who was rector between about 1277 and 1300) or Decanal portion, was styled the Dean and lived in the Deanery, located to the east of the Church. At least 3 buildings have been known; the first which was demolished by 1712 and the second which was demolished in 1965 to make way for the present dwelling of the same name, standing on the original site.

The Rector of the Second, or Nicholas (named after the Incumbent in 1292) or Child’s Hall portion, lived in the Manor House, built in 1770, which stood behind the Deanery until it was demolished in 1977. It had been sold in 1964 having ceased to be a parsonage for several years. A five-bay tithe barn stood in the old garden of the house and could be seen from Hall Bank, the roadway behind the Church, until it was demolished earlier in 1983.

The Third Rector, that of Ratford (Robert de Ratford was incumbent in 1292) or Cold Hall, lived for a while in the Old Rectory, sited at the bottom of Pontesbury Hill and afterwards in various larger houses in the district. The Old Rectory is pre-18th century and additions were made to it in the 19th century; in parts it is of cruck construction and another tithe barn stands close by.

Leland, whose ‘Itinery’ was compiled shortly before his death in 1552 states that in the Church of Ponsbyri is a Deane and 3 Prebendaries”; but this statement is probably erroneous. Whilst there were three Prebends or Portions, apart from Leland’s statement there is no mention of a Dean of any College here. However, Pontesbury did give its name to the Rural Deanery and one of the Portionists no doubt very often filled the office of Rural Dean. The First Portionist appears to have enjoyed a vague precedence in the later Middle Ages. He was styled Dean of Pontesbury between 1394 and 1540, but the rector of the third portion was styled Dean for a short while in 1277.

Until 1840 the First Portionist was responsible for the Service of the Church for 26 weeks in each year and the Second and Third Portioners for 13 weeks each. Although all three Portioners were involved in proceedings in the consistory court in 1277-78 (apparently due to a feud between the lord of the manor and the rector of the third portion) this arrangement worked satisfactorily until the early 19th century.

A clash of personalities between the reforming Charles Drury (rector of the second portion, 1824-68) and the conservative Hamlet Harrison (rector of the first portion, 1809-43), came to a head over Drury’s proposals in 1837 to erect a Chapel of ease for the second portion at Cruckton, to serve hamlets in the east of the parish, whose inhabitants were unable to attend the parish church in Pontesbury.

Harrison refused his consent to the scheme and the Third Portionist, William Vaughan, felt obliged to respect the wishes of his patron, E. W. Smythe Owen, who opposed anything likely to alter the value of his advowson. Nevertheless, Cruckton Chapel was constructed in 1838 and opened in 1840. Also in 1840, the Bishop of Hereford issued a decree apportioning spiritual duties within the parish, though its primary object was to regularize the Chapel’s position. Hamlet Harrison objected to the decree but was overruled. This decree was the principal reason for almost continual friction between the Portioners in the later 19th and early 20th centuries. In 1985 the Cruckton chapel was declared redundant and closed; the pastoral care of the area was passed to the parish of Great Hanwood.

A small brick Mission Chapel at Asterley was built by the Third Portionist in 1869; it was declared redundant and closed in 1990.

The position was further complicated by Drury’s successor, S. J. Hawkes (second Portion), who built a Chapel at Lea Cross in 1888. Intended as a memorial to his mother, this building became a proprietary chapel (licensed but unconsecrated by the bishop). Hawkes wished the chapel at Lea Cross to take the place of Cruckton Chapel, since he did not consider the latter well sited to serve his portion. However, the Lea Cross Chapel stood on ground assigned to the third portion in 1840, and its anomalous position prompted yet more division particularly a proposal to adjust the territories of all three portions.

At this time the rector of the third portion looked after the area around Halston, Oaks, and Radlith and was responsible for the Services at Longden Chapel which became a parish in its own right in 1935.

History tells us that this division of the parish into three portions is comparatively rare and unusual. The first and second portions were merged in 1909 which reduced the area of disagreement somewhat.