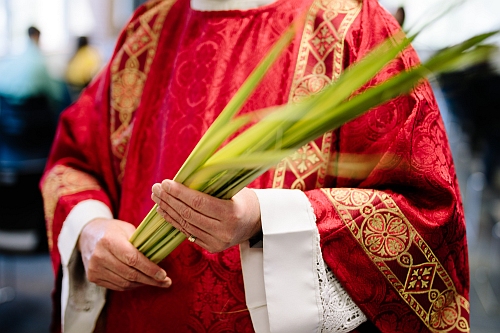 Retirement of The Reverend Christopher Cooke.

By Allen Marsden – Churchwarden.
Morning Worship at St. George’s on Sunday 15th August was a bit special. Revd. Christopher Cooke took the service – and what made it special was that this was his last service, here at St. George’s.

As you may have seen in the papers recently, there’s been quite a bit about “stepping down”. In some professions, it seems that when one finishes doing the day-job, one does a spot of consultancy and only then does one actually retire…to count one’s millions. This may apply to Prime Ministers but it’s very different for church ministers. For one thing, the financial rewards are a little more modest and for another, actual retirement for ladies and gentlemen of the cloth may not actually happen for quite some years after leaving the day-job.

We don’t think that Christopher quite knew what he was letting himself in for, when he, Jane and family first moved into Pontesbury. Revd. Margaret Jones was our Rector then, supported by our Curate Max Lambourne. Then Margaret retired, and after a while, Max moved to Australia to take up his first post. It then took over two years and three successive rounds of interviews before the vacancy of Rector was finally filled. Meanwhile, we lost key people from our Lay team – Sue, David and Jack – all, before their time. And when we did get our Rector, he came with a reorganisation of the Deanery which saw the shape and scope change drastically from what we had all become used to.

We are all grateful that Christopher saw this challenge and met it for as long as he has. Since Margaret and Max moved on, Christopher has spent his “retirement” taking dozens of Morning Services – just as he did on Sunday 15th August – as well as leading numerous Tea Services. When not here “up front”, Christopher has kept the work of St. George’s going by supporting our choir, by running a series of Bible-Study courses which I personally have found invaluable, and by writing many weekly Reflections and articles in our Magazine. And he has always been prepared to offer thoughts and advice to us Lay people. Without this support, I do not think we would have been able to offer regular Sunday services – let alone all those other things that make St. George’s more than just a place we go to on Sunday mornings – during these last many, many long months of interregnum.

And all the time, this has been in spite of Christopher’s chronic ill-health. As some of us know, he has put up with a lot: even though he finds it difficult to stand at times, he has still taken morning worship on many occasions. He has never made a fuss about it, but has just got on with the job. And on top of all this, and like the rest of us, Christopher has had to contend with Covid-19….but unlike most of us, his underlying health issue has made the disruption to normal life all the greater.

But as Covid slowly recedes, we now have our Rector, who is getting into his new job, other vacancies on the Deanery have been filled and we have the prospect of a Curate and a “House for Duty” Minister. Christopher can at last step down, having left us in excellent shape for the future. We will miss his personal support to this building and all that goes on inside and out to bring us nearer to God – but we look forward to seeing him – and Jane – about Pontesbury. As you would expect, after Christopher’s last service, he and Jane were presented with gifts as tokens of our gratitude.

Thank you, Christopher, for all you have done for us and St. George’s!

Allen Marsden, Churchwarden, on behalf of all at St. George’s