From the Dragons’ Den

Sometimes, quite unexpectedly, there is a moment of magic during story time at Little Dragons. Such a time occurred recently during the story of ‘The Very Hungry Caterpillar’ as the tiny caterpillar having eaten, and eaten, and eaten apples, pears, plums, straw 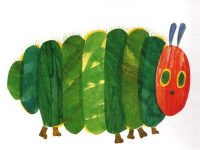 berries, oranges, chocolate cake, ice cream, a pickle, Swiss cheese, salami, a lollipop, cherry pie, a sausage, a cupcake and a slice of water melon had turned, not surprisingly, into a huge, plump creature. When the big, bright caterpillar appeared out of the story bag, there was a surprised hush and one of those amazing, magic moments that is much to be treasured by the story teller.

That specific magic moment reminds me of the first song that our elder son sang snatches of around 1959 or 1960 – Magic Moments by Perry Como.

Perhaps you remember it. ‘Magic Moments, Memories we’ve been sharing’. That was in the days when an innocent song was just that with no hidden meanings or undertones.

It is good to reflect on the magic moments in one’s life. It is good to take a few minutes (given chance) to think back and let random thoughts drift through the mind, allowing some of those moments of magic whisper at the edges of the memory bank.

It would be good to have a box in the West End Room where people could place, possibly anonymously, a record of such a magic moment in their own memory, to share with others. What a range of experience that would cover I am certain. Those magic memories could be collated into a small book containing happy, magic moments which, I am certain, would entertain all who cared to read it. 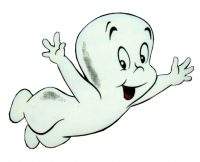 Hmmm. Get those thinking caps on – and, watch this space!